2. The Tables of Benefits under CGEGIS-80 are prepared by IRDA based on the rate of interest notified by DEA for small savings including GPF. Earlier, DEA used to notify the interest rate on financial year basis. However, DEA has now shifted to notifying the interest rate on quarterly basis. In view of this, the Table of benefits are being issued on quarterly basis commencing from 1.1.2017 to 31.3.2017.

4. While calculating the amount it has been assumed that the subscription has been recovered or will be recovered from the salary of the month in which a member ceases to be in service failing which it should be deducted from accumulated amounts payable.

5. In its application to the employees of Indian Audit and Accounts Department this Office Memorandum issues in consultation with the Comptroller and Auditor General of India.

All Ministries/Departments of the Central Government as per standard list.

Copy with spare copies for information and necessary action to C&AG, UPSC, all State Governments etc. as per standard list.

NIC, D/o Expenditure for uploading the same on the website of Mbo Finance. 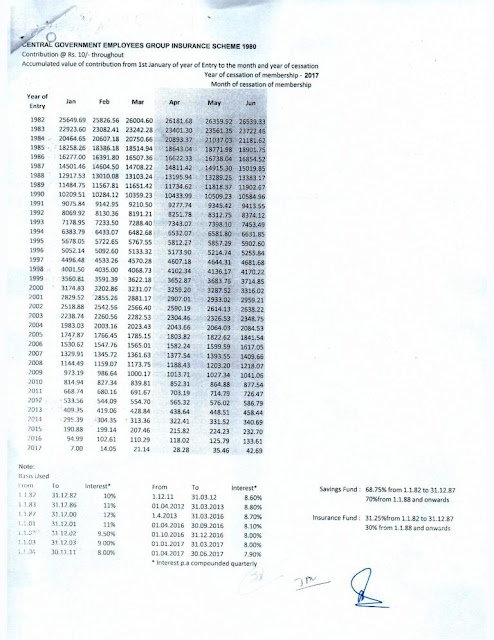 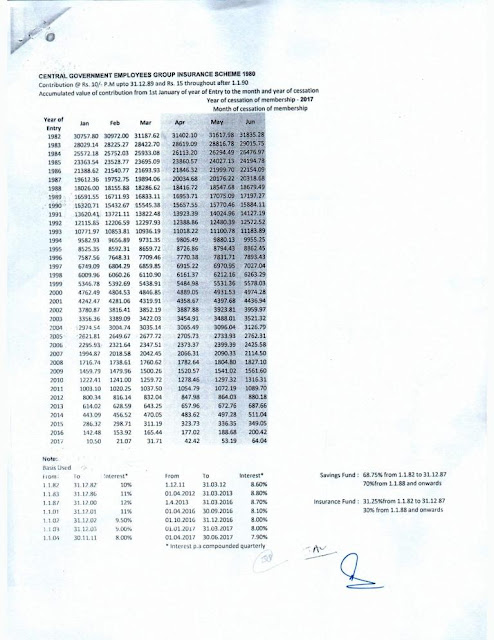