No.3/1/2017-E.II(B)
Government of India
Ministry of Finance
Department of Expenditure 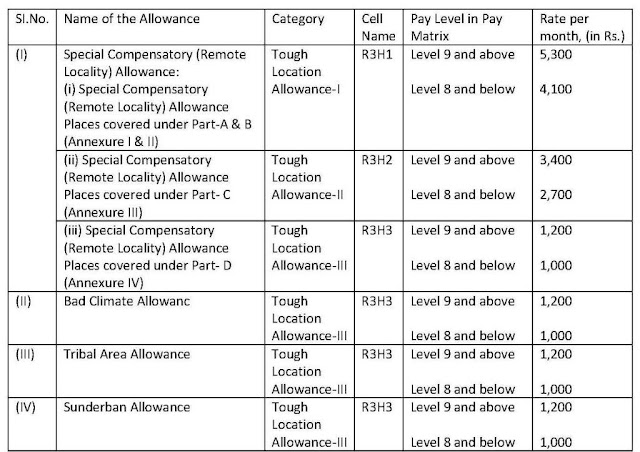 2. These rates shall increase by 25 per cent whenever the Dearness Allowance payable on the revised pay structure goes up by 50 per cent.

3. The term 'Pay Level' in the revised pay structure means the 'Level in the Pay Matrix.

4. In respect of those employees who opt to continue in their pre-revised pay structure/Pay scales, the corresponding Level in the Pay Matrix of the post occupied on 01.01.2016 as indicated in CCS (Revised Pay) Rules, 2016 would determine the allowance under these orders.

7. In the event of a place falling In more than one category, the higher rate of Tough Location Allowance will be applicable.

9. Employees may exercise their option to choose either Hard Area Allowance which is admissible alongwith Island Special Duty Allowance or one of the Special Compensatory Allowance, subsumed under Tough Location Allowance as mentioned in Para 1 above.

11. These orders shall also apply to the civilian employees paid from the Defence Services Estimates and the expenditure will be chargeable to the relevant head of the Defence Services Estimates. In regard to Armed Forces personnel and Railway employees, separate orders will be issued by the Ministry of Defence and Ministry of Railways, respectively.

12. In so far as the employees working in the Indian Audit and Accounts Department are concerned, these orders are issued with the concurrence of the Comptroller and Auditor General of India. 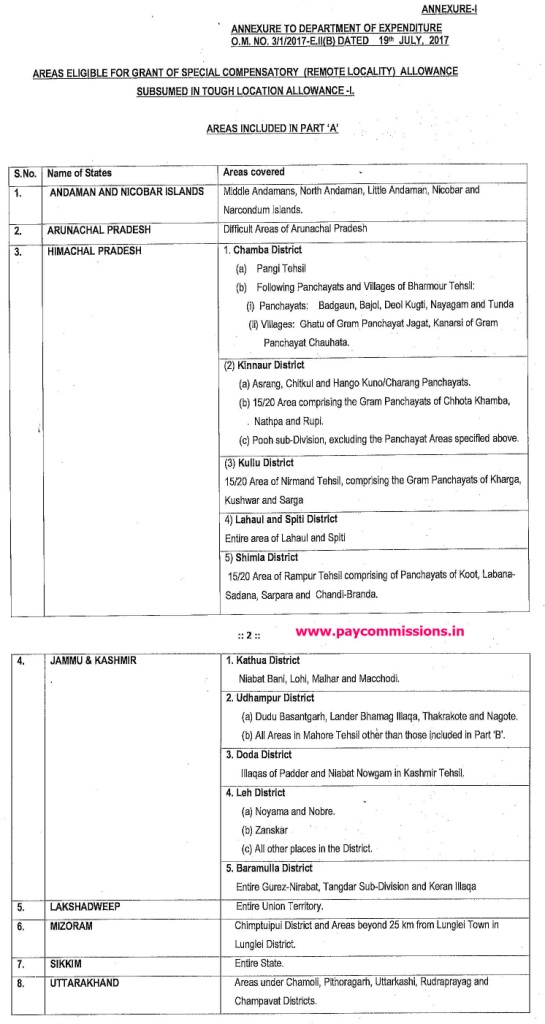 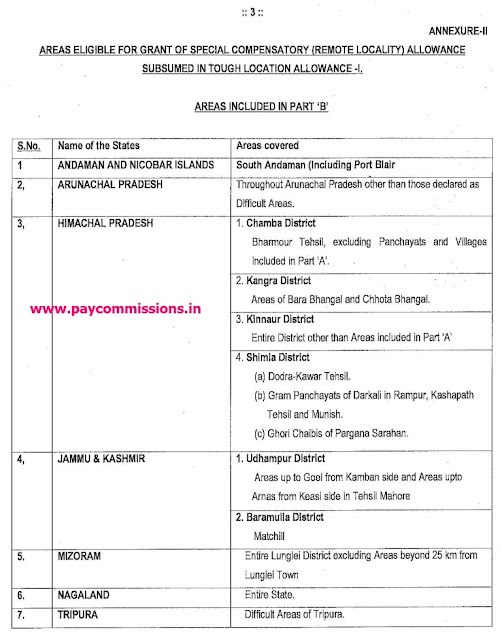 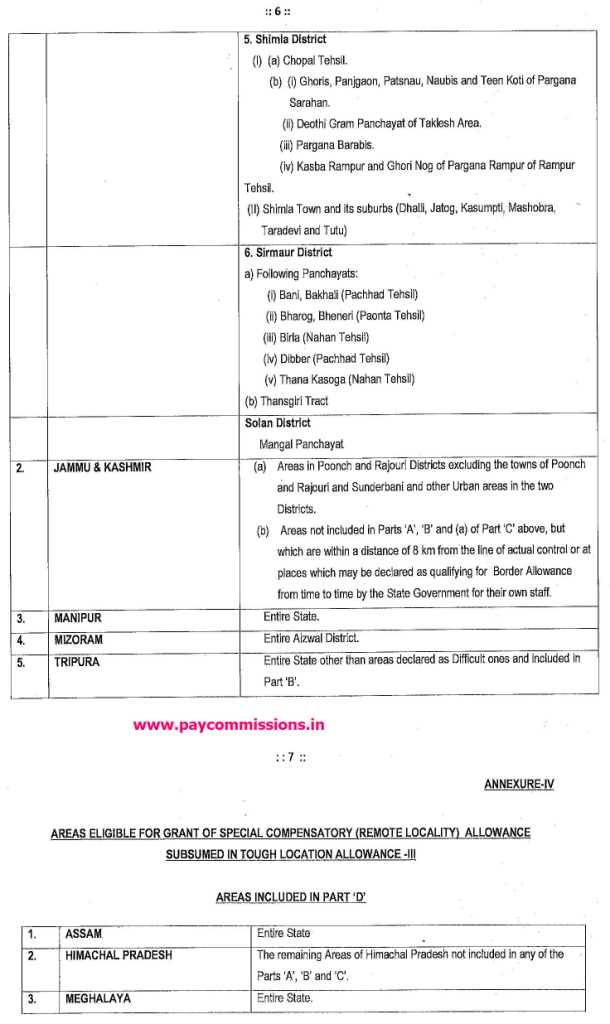