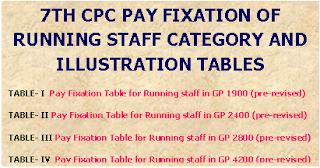 2. It was observed that the pay fixed in 7th CPC pay structure as per the methodology laid down in Board's letter dated 02.08.2016 is coming out to be less than 14.29% increase of pay prescribed by 7th CPC, in certain cases of Running Staff.

3. The matter was, therefore, examined in Board's office in consultation with the Ministry of Finance and it has now been decided that for fixation of pay for Running Staff category, in cases where the actual rise in pay at the time of initial fixation works out to be less than 14.29%, the initial pay in such cases shall be fixed at the next higher cell of the relevant Level in the Pay Matrix. Illustrations in this regard are enclosed as Annexure 'A'. 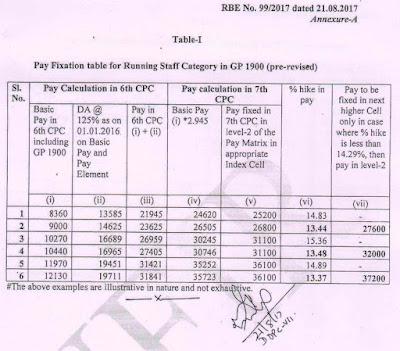 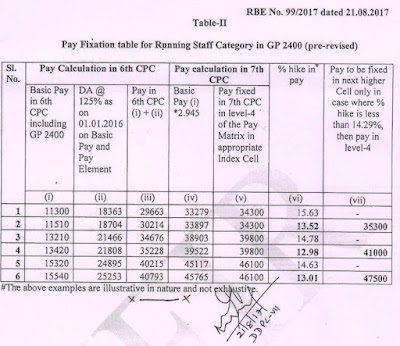 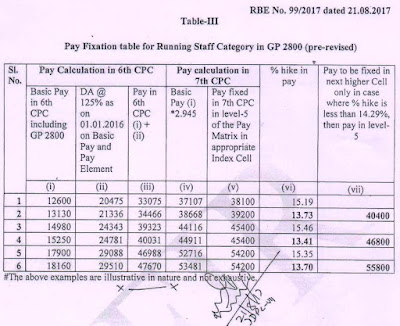 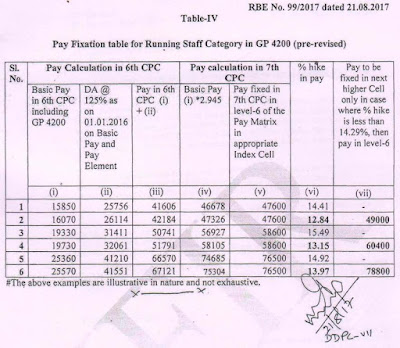