Sub: Implementation of Government's decision on the recommendations of the Seventh Central Pay Commission - Revision of pension of pre-2016 pensioners/ family pensioners, etc.

This issues with the approval of Jt.CGDA (Pen.). 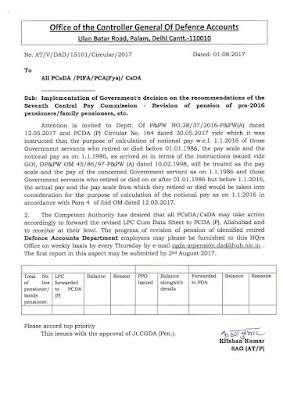