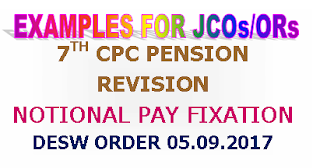 It has been decided that revised pension/ family pension of all Armed Forces Personnel who retired/ died prior to 1.1.2016, shall be revised by notionally fixing their pay in the pay matrix recommended by the 7th CPC in the level corresponding to the pay in the pay scale/ pay band and grade pay at which they retired/ died. This will be done by notional pay fixation under each intervening Pay Commission based on the formula for revision of pay. The revised rates of Military Service Pay, Non Practicing Allowance, where applicable, and 'X' Group pay & Classification Allowance for JCO/ORs, if applicable, notified in terms of 7th CPC orders, shall also be added to the amount of pay notionally arrived at under the 7th CPC pay matrix and shall be termed as notional reckonable emolument as on 1.1.2016. While fixing pay on notional basis, the pay fixation formulae, approved by the Government and other relevant instructions on the subject in force at the relevant time, shall be strictly followed. 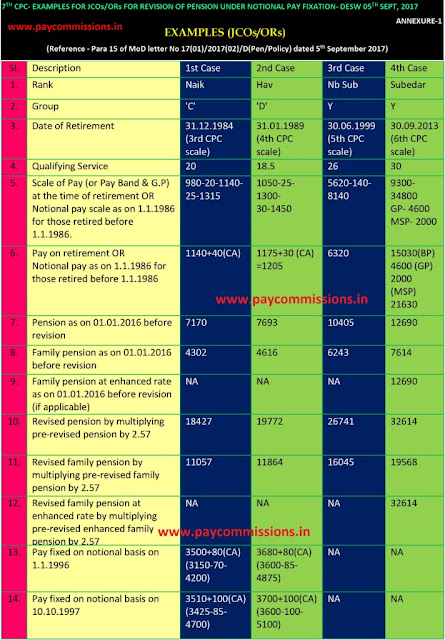 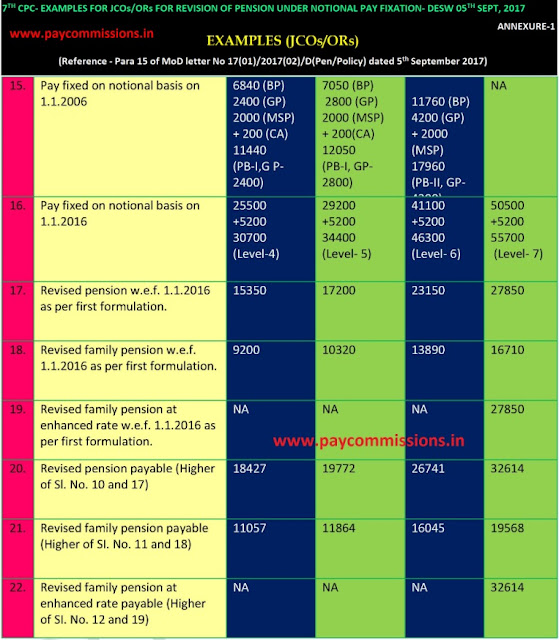