2. The revised order will be effective from the date of issue of this letter.

Sd/-
(A.K. Karn)
Under Secretary to the Govt. of India 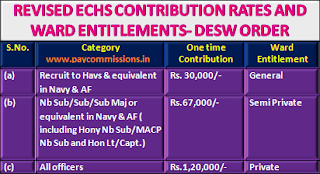