WHETHER ANY PROPOSAL, GOVERNMENT IS PLANNING TO ABOLISH THE SYSTEM OF FORMATION OF PAY COMMISSION IN FUTURE- LOK SABHA Q & A

GOVERNMENT OF INDIA
MINISTRY OF FINANCE

Will the Minister of FINANCE be pleased to state:-

(a) whether the National Anomaly Committee (NAC) under the 7th Central Pay Commission has submitted its interim report, if so, the details thereof;

(b) whether the Government is planning to abolish the system of formation of Pay Commission in future, if so, the details thereof and the reasons therefor;

(c) whether the Government is considering to adjust the salaries of its employees and pensioners Dearness Allowance (DA) that crosses the 50 per cent mark, if so, the details thereof and if not, the reasons therefor; and

(d) whether the Department of Expenditure planning to take the responsibility to regularly monitor salaries and allowances of central government employees and recommend the changes if needed, if so, the details thereof and the reasons therefor?

MINISTER OF STATE IN THE MINISTRY OF FINANCE
(SHRI P. RADHAKRISHNAN)

(a): The National Anomaly Committee set up by the Department of Personnel & Training in August, 2016 following the decision of the Government on the recommendations of the 7th Central Pay Commission has not yet met. 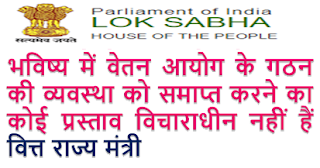 (b) to (d): No such proposals are at present under consideration. 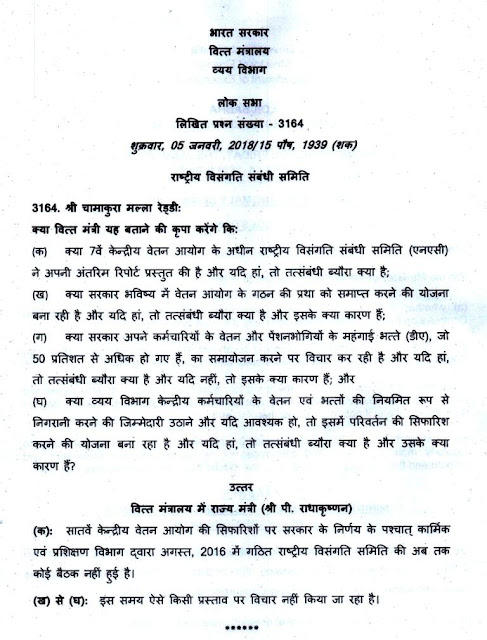