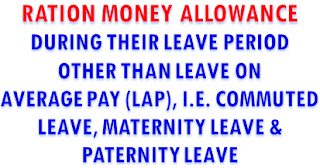 The General Managers and Principal Financial Advisers,
All Indian Railways and Production Units.

Sub: Ration Money Allowance during leave other than LAP.

2. The matter has been examined in Board’s Office in consultation with Ministry of Home Affairs. It is clarified that no Ration Money Allowance is admissible to RPF personnel during Commuted Leave, Maternity Leave and Paternity Leave.

3. The other terms and conditions as stipulated in para 4 of Board’s letter of even number dated 10.06.2009 remain unchanged. 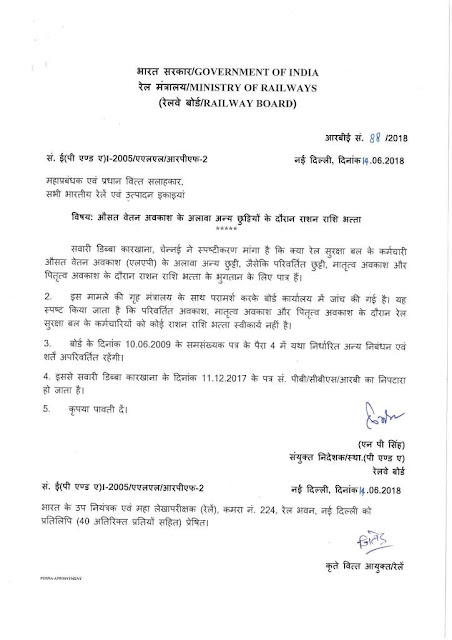