Admissibility of Nursing Allowance during absence of more than 30 days, Dt. 19th July, 2018

No. 19051/03/2013-E.IV
Government of India
Ministry of Finance
Department of Expenditure

Subiect:- Admissibility of Nursing Allowance during absence of more than 30 days.

References have been received in this Department seeking clarification regarding admissibility of Nursing Allowance to Nursing personnel working in various hospitals and institutions during absence of full calendar month(s) due to leave, training, tour etc.

3. This is issued with the approval of Secretary (Exp.).

All Ministries and Departments of the Govt. of India having Nursing personnel covered under Central Govt. pattern, as per standard distribution list.

Copy to : C&AG and U.P.S.C. etc. as per standard endorsement list 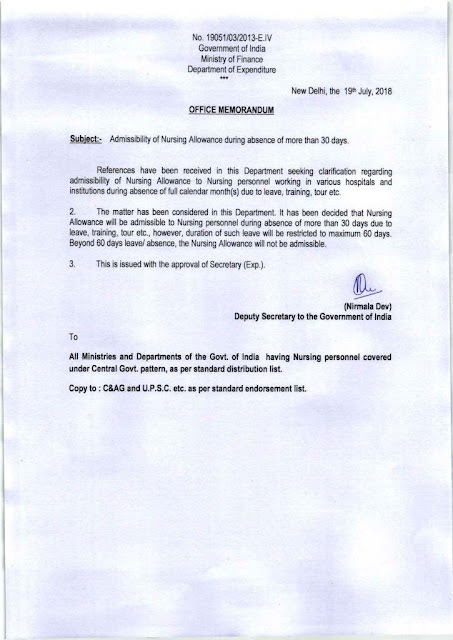