2. The matter has been reconsidered. It has been decided that henceforth, the Pensioners' Identity Card may be issued to the pensioners in the revised format (copy enclosed).

Sd/-
(Charanjit Taneja)
Under Secretary to the Govt. of India 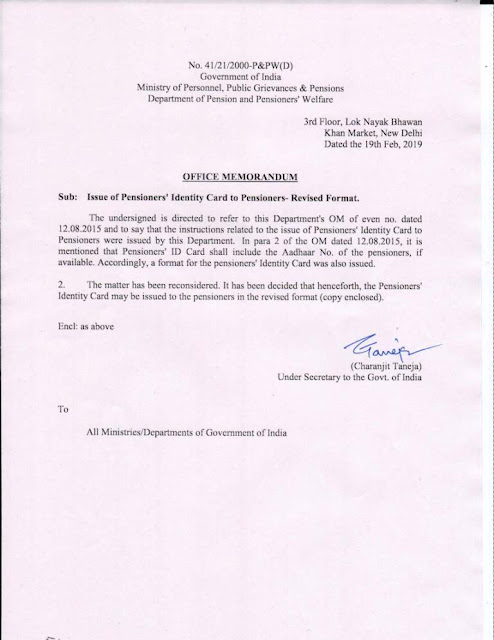 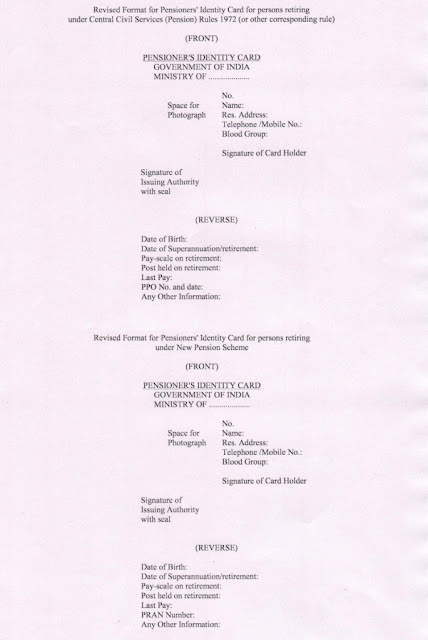