REVISED PENSION OF PRE 2016 PENSIONERS AS PER 07TH PAY COMMISSION 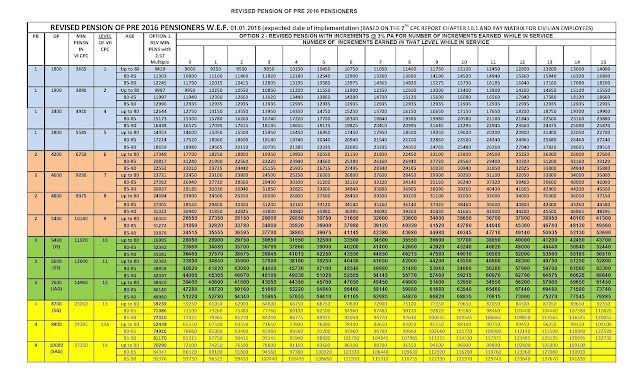 NOTE: Based on the recommendations of 7th CPC vide Para 10.1.67 of its Report, an ALL-IN ONE table for pension has been prepared from where the likely pension can be determined easily.
Compiled by N.P . MOHAN C.E (Retd.) Railways & President RSCWS