Consequent upon issuance of GoI, Min of Def No. 17(4)/2012/D(Civ-II) dated 8th May 2015 for implementation of the order dated 5 Nov 2009 passed by Central Administrative Tribunal, Jodhpur Bench in OA 34/2008, filed by Shri Ram Kumar & others, reference had been received in the HQrs office from several controllers regarding ceiling of pay for entitlement of Night Duty Allowance. Accordingly, the matter was taken up with MoD for clarifications. 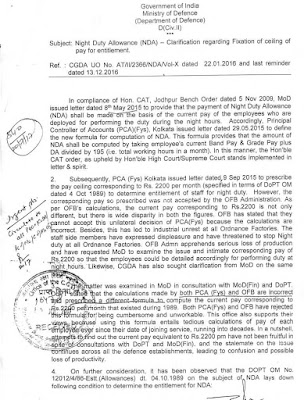 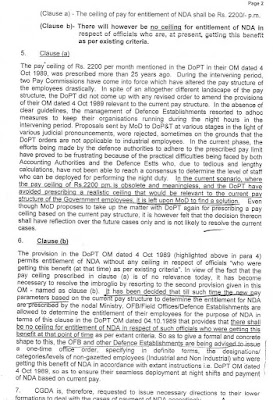 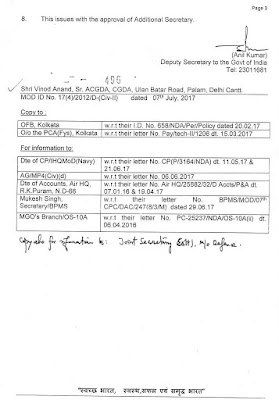