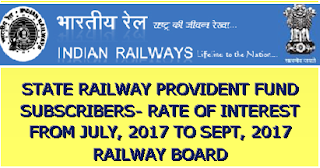 A copy of Government of India's Resolution No. 5(1)-B(PD)/2017 dated 17th July, 2017 issued by the Ministry of Finance (Department of Economic Affairs) prescribing interest at the rate of 7.8% (Seven point eight per cent) w.e.f. 1st July, 2017 to 30th September, 2017 on accumulations at the credit of the subscribers to State Railway Provident Fund, is enclosed, for information and necessary action. 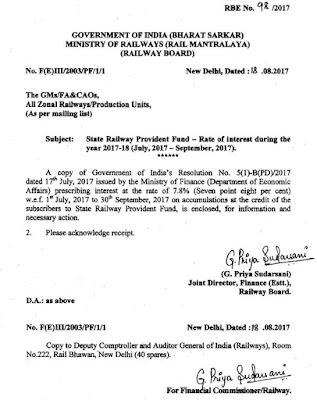