GOVERNMENT OF INDIA
MINISTRY OF RAILWAYS
(Railway Board)

Pursuant to the recommendations of the Seventh Central Pay Commission, the issue of revision of OTA has been under consideration and in partial modification of the Board’s earlier orders on the subject, it has been decided by the Board that the Railway employees who are governed by the Statutory Acts/Rules viz. The Factories Act,1948 and Railway Servants (Hours of Work and period of Rest) Rules,2005 and who have opted for the revised Pay Matrix in terms of Railway Services (Revised Pay) Rules,2016, may be granted OTA, on the basis of their emoluments in the revised scales of pay.

2. The emoluments, for the purpose of computation of rates of OTA will comprise the following:

(i) Employees working in Loco Sheds and C & W Depot
(ii) Other Railway Employees governed under Departmental Orders
3. The revised rates of Overtime Allowance shall be effective from 01-07-2017

4. This issues with the concurrence of the Finance Directorate of the Ministry of Railways. 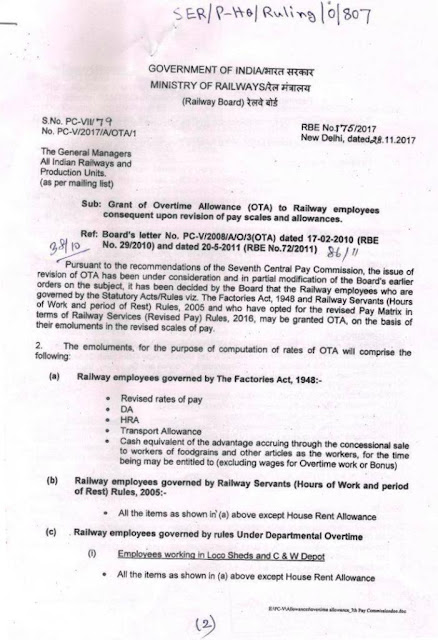 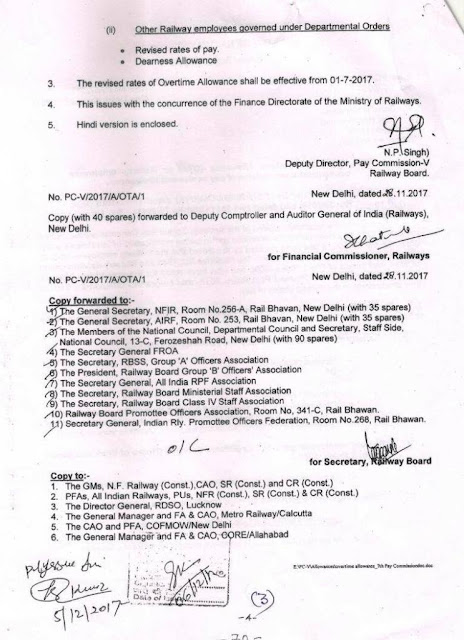