Sub: Resolution adopted by the Legislative Assembly of NCT of Delhi ‘ to call the attention of Hon’ble Deputy Chief Minister to abolish National Pension System (NPS) and reinstate the Old Pension System in the interest of lakhs of Government Servants.”

“The Legislative Assembly in its sitting on 26 November 2018 resolves that:

Taking note of the negative consequences of the anti-employee National Pension System (NPS) that is imposed on the Government Servants by the then NDA Government in 2004 and sustained by the UPA-I, UPA-II and NDA-II Governments,

Given the fact that, unlike the Old Pension Scheme the NPS:
does not give any guarantee to the employees either for assured returns on investments or for minimum pension.
does not provide for family pension or social security,
does not provide for loan facility when in dire need,
does not provide for annual increments and hike in DA,
does not allow the employees to withdraw enough money from their own pension fund to meet the medical emergencies.
Leaves the employees at the mercy of volatile markets and the forces that have notoriously been manipulating the markets.
Imposes draconian restrictions on withdrawals from pension fund,
allows the insurance companies to exploit employees by way of forcing them to buy annuity for minimum of ten years even after retirement, and
runs contrary to the spirit of welfare state as enshrined in the constitution.

Given the fact that the pra- people and welfare oriented Government of NCT of Delhi is strongly in favour of restoring the rights and privileges of its employees by way of replacing the NPS with the time tested old Pension Scheme. 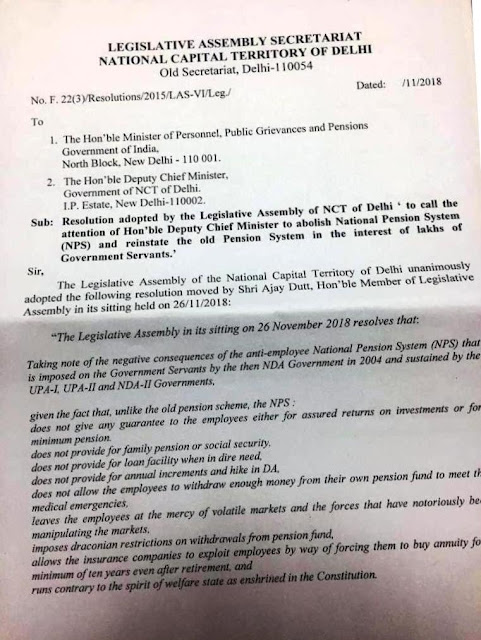 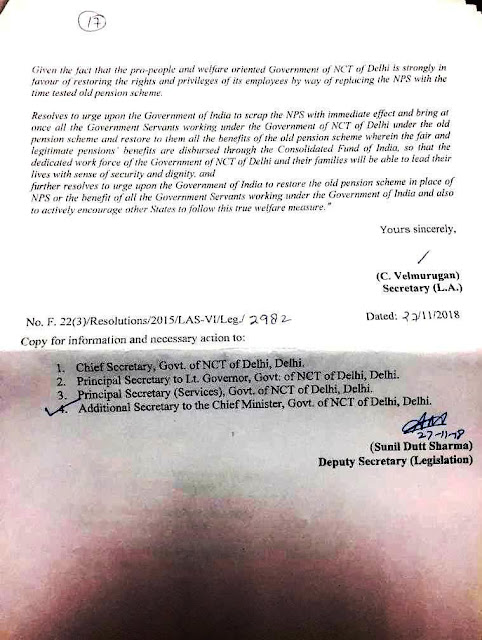